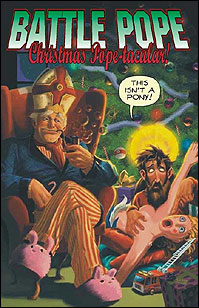 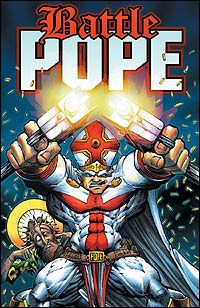 In my Early English Drama class, we were discussing a play about the Eucharist and I thought up this sketch of a bunch of priests sitting around snacking on communion wafers while watching football.

If a wafer represents Jesus' body, then if you put spray cheese on one, communion would be kind of kinky, wouldn't it?

If Jews were Catholic, then they wouldn't be able to eat wafers with spray cheese on them because it's not kosher.

If you put foie gras on a wafer, then you'd be eating two animals at once. It'd be like eating a double cheeseburger without the buns…or cheese, although you could put spray cheese on top of the foie gras and screw a Jew out of taking communion…which he or she probably wouldn't want to do anyway…especially with a mixture of foie gras and spray cheese on the wafer.

If Jesus was female, then you could eat her and then EAT HER, like Jeffrey Dahmer.

I don't know where I'm going with this. Hell, perhaps?