At work, my boss assigned me the "Beat SC" campaign for the UCLA Store.

I thought he was kidding at first.

How can they promote such a thing in a rebuilding season? Sure, I want our football team to win against USC, but they couldn't beat lowly Stanford, let alone the number-two-ranked team in the country.

According to Dan Shanoff on espn.com, our team's a laugher, a minor bump in the road to the Sugar Bowl.

History is also on USC's side. In my four years at UCLA, our team has never beaten them. Last time the "big game" was played at USC, they humiliated us 27-0.

A co-worker suggested "Beat Us" as an alternative campaign name.

Inspired by the Red Sox's "cowboy up" rallying cry, I told the photographer for the "Beat SC" photo shoot that I wanted the BearWear models sitting atop the Bruin statue in Ackerman Plaza acting like reckless cowboys, maybe waving hats in the air or something.

This is the photo he gave me to work with. 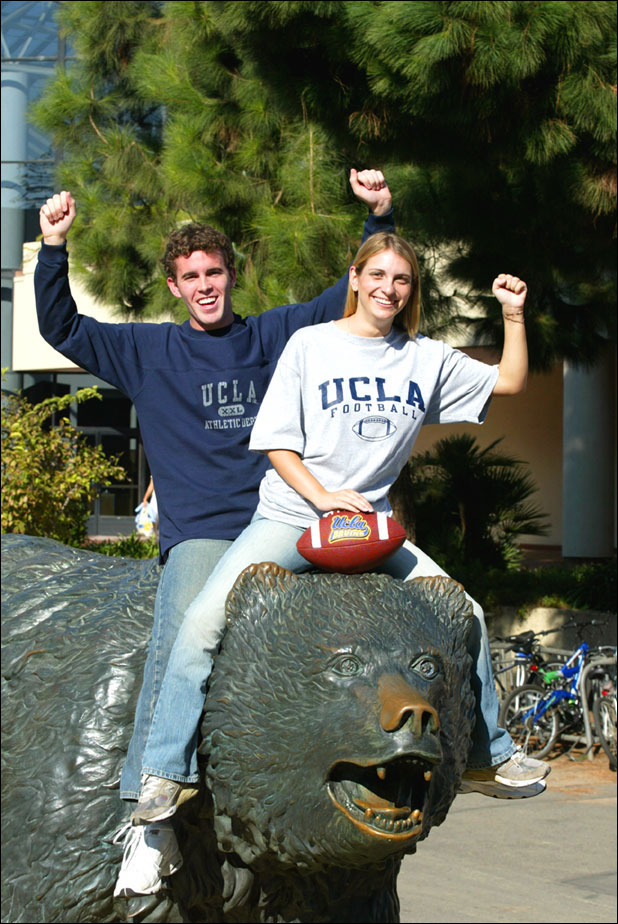 Oi. Where do I begin?