I caught the last few minutes of a Michigan State vs. Ohio State women's basketball game on ESPN2.

During that time, an announcer said, "Every time that woman has come off penetration, good things happen."

Lansing must be a boring town if 15,000 people have nothing better to do on a long weekend than attend a women's basketball game. 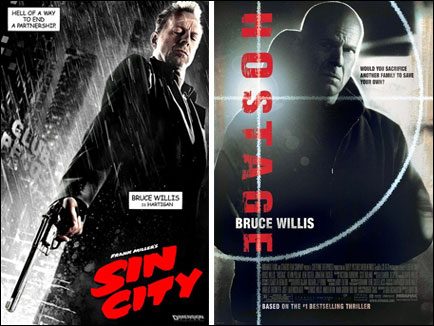 From now on, all posters for Bruce Willis movies should use the same four-color scheme.

A prostitute asked me if I'd like a knobber.

I said "of course" and asked her much one would cost.

"Well, what do you think I'm worth?" she replied.

I threw her a bottle of L'Oreal shampoo and whipped my dick out.

Do the kids who sing the Kidz Bop rendition of "1985" by Bowling For Soup even know who they're singing about?

Joe firmly believes that his LiveJournal is entertaining…or at least pretty.