Rob Thomas, the singer for Matchbox 20, will release his debut solo album Something To Be on April 19. 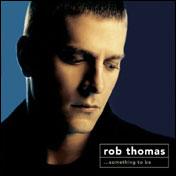 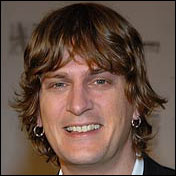 I left me Survivor buff at home. Savvy?

Shaving off faggy hair (and removing faggy jewelry) is not a new procedure for gentlemen seeking respect as solo artists.

An example of the reverse scenario would be Kenny Vasoli of The Starting Line.

Of course, defagging your hair does not guarantee that people won't continue to think you're a fag.

Case in point: CT from The Real World: Paris. 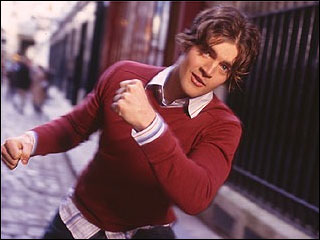 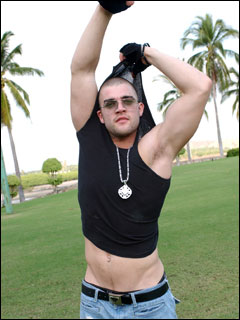 and here he is in Mexico shooting Real World/Road Rules Challenge: The Inferno II.

The consensus of sports reporters is that this past weekend was "the greatest tourney weekend ever." That is, unless you were rooting for West Virginia and Arizona like me. At least Kentucky lost. I absolutely loathe the KKK (Duke, Kentucky, Kansas).

Sean May is fugly.