It seems like all white males raised in the Midwest love the band O.A.R.

Addendum to my "Unstable" update yesterday:

After the Ultimate Warrior made a comment about how homosexuals are nowhere near on the same level as heterosexuals, which elicited an "oh my god" from a female student, he quickly replied with "Don't have an orgasm now honey, save it for later!" And when an obviously gay student started screaming at him from the back of the auditorium, Warrior replied with "I can't hear you with that thing in your mouth."

Apparently, American Idol airs in other countries, countries with their own Idol series. I can understand importing American sitcoms and dramas, but American Idol? It ain't exactly a Presidential election.

Personally, one Idol series a year is exhausting enough, but perhaps Brits and Aussies care whether us Americans will continue to foolishly vote for Anthony Federov.

Children of rock stars adorn the cover of the latest issue of Rolling Stone. 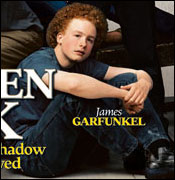 Not only is his father Art Garfunkel, but he's a redhead Jew who looks like Little Orphan Annie. 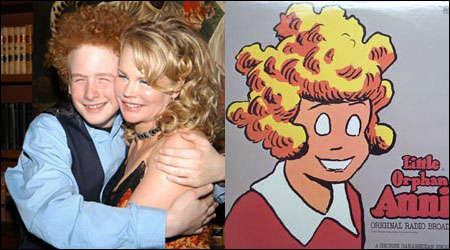 He probably still gets more pussy than me.