At the dentist's office today, I perused an issue of Reader's Digest and stumbled upon this: 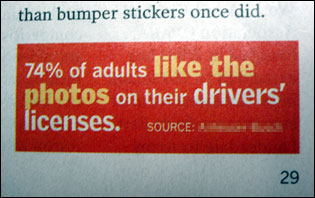 74 is awfully high, I thought. Surely there must be more people like me counting down the days until their next renewal so they can re-shoot their photo. I look like a London bomber on my current driver's license.

Then I caught the source of this factoid. 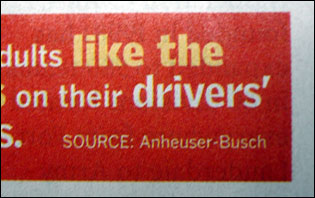 Apparently, the brewers of Budweiser measure human attitudes on the side. I did not know this.

Caller asked if Hulk would be making more movies. Hogan said he would. He mentioned a role he has playing Zeus. He mentioned that he believes it is a film Lil' Bow Wow is in.