I asked if he had spent any time in Nebraska, and he mentioned his in-laws, and then said he could not remember the name of his in-laws.

I thought Carroll was kidding, but he said he really could not remember the name of his in-laws.

"What are in-laws?" Carroll asked, and I swear I had to explain to him that his in-laws are his wife's parents.

"Not all the distant relatives like aunts and uncles?" Carroll said. [source]

With all due respect to co-director Christopher Reeve, Everyone's Hero looks inordinately stupid. 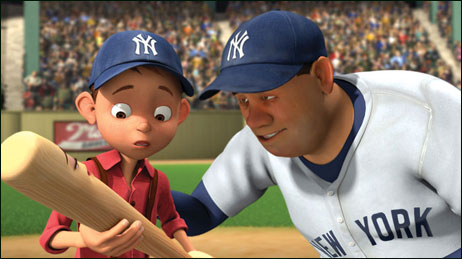 Evidently, Ruth's had a few drinks. 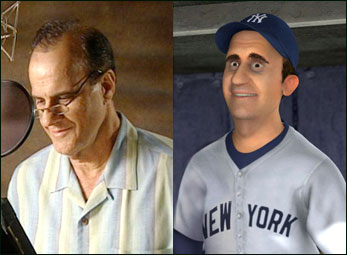 I guess Joe Torre plays himself. 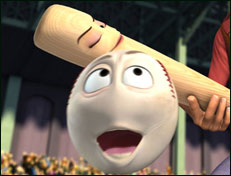 What is it with Fox and talking baseballs? Scooter was insufferable enough.

I can't see this movie appealing to anyone outside the Tri-State Region, and even then, there are only so many mouthbreathers in the area.

+ Star Trek vs. "Closer" by Nine Inch Nails
+ I listened to [Girl Talk's] songs. WHAT THE FUCK IS WRONG WITH WHITE PEOPLE?