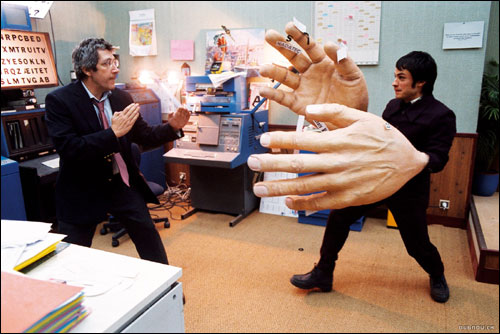 Spike Jonze already did it

Saw The Science of Sleep in the city yesterday.

Given that up until now, Michel Gondry has only directed films that were either A. written by Charlie Kaufman or B. documentaries, I was wary of him directing his own screenplay, and my wariness was confirmed.

Gondry's latest is visually interesting and frequently amusing but doesn't tell much of a story.

Moreover, what story exists is essentially a variation on Degrassi's "Craig is bi-polar" arc, which was similarly unpleasant to watch.

On our way to the theatre, a woman walked past Josh and I wearing a t-shirt that read: "Department of Erections."