The Raconteurs are surprisingly awesome live. They played a lengthy kickass cover of "Bang Bang (My Baby Shot Me Down)."

If Jack White replaced Meg with Jon Theodore, I'd follow The White Stripes around the country. 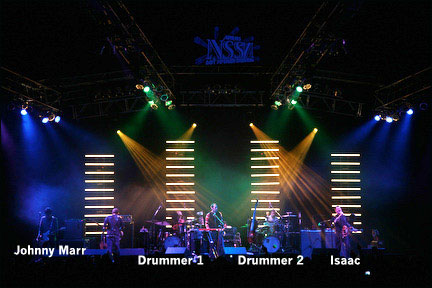 Look at the photo of the concert you'll never attend!

Josh (who was a downer all night) complained that one absolutely incredible song can't justify a "weak" set. He also sat in the balcony for the band he allegedly came to see. I dunno, UCLA beating USC sure justified a weak football season for me. 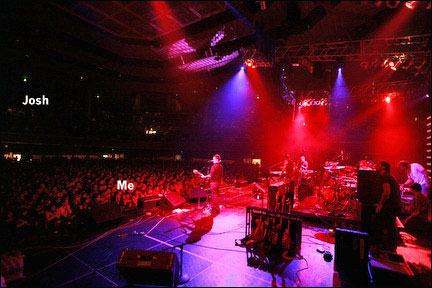 The Shins are boring.