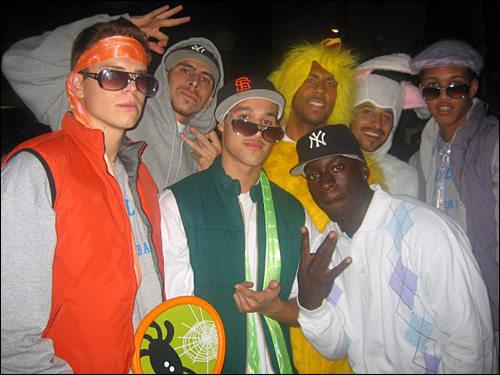 Every time our beloved Bruins have played on CBS this season as a #2 team, they've lost to lesser teams, so Jon and I are approaching today's game against Weber State with trepidation.

Put another way, we hope that Good Rex shows up.

Speaking of Gus Johnson, why is he still relegated to secondary announce teams? He should be CBS' go-to play-by-play guy, the network's Joe Buck.

His work on the UCLA v. Gonzaga game last March is the stuff of legend.

"Why not get a little kiiiiiss?"

Shit, pair him with Raftery as the A team.