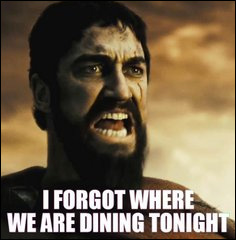 I assume the super revealing promo for 24 that directly precedes the episode it promotes is a precautionary measure against viewers missing stuff due to any sleep the show may induce.

In season 4 of 24, Jack infiltrates the corporate headquarters of defense contractor McLennan-Forster, named after Grant McLennan and Robert Forster of the Australian band The Go-Betweens.

In season 5 of 24, Audrey calls RoboCop under the alias "Jane Espenson," who was a writer for Buffy the Vampire Slayer.

Dick Enberg and Jay Bilas are announcing the West Regional games, presumably so Bilas can disparage my team and slurp Kansas some more.

Did you know that there is a Women's NIT? [shivers]

That ESPN2 passed says it all.