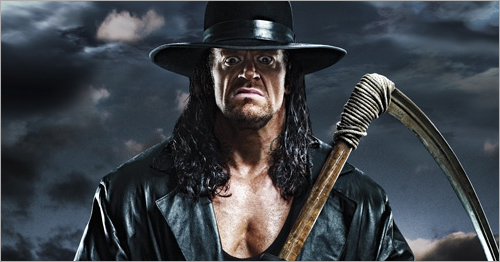 Now I expect Randy Orton to use a baseball bat.

Consider the similarities between 24 and wrestling:

• Both feature writing that's mediocre more often than not.
• Both feature bad acting.
• Both are overtly jingoistic.
• Both introduce and push lame characters who fail to connect with viewers.
• Both abandon storylines at will.
• Both are associated with an obscene number of deaths.
• Both work best when their stars just fight — no guns, maybe an outside object or two.

24's fights never disappoint. Remember the wall-assisted neckbreaker at the end of season two? Or season five's scissor hickey and thighs of doom?

I hope rescuing Audrey involves getting past a wushu master.

"7×01: I Fuckin' Miss Cory and Trevor" capped off an unusually active first quarter for the show.

I can't recall another sitcom ever blooming so late.

Q: What is the worst rhyming couplet in music history?