Are you ready for Bon Jovi night on American Idol?

Darren Aronofsky on his vision for Batman Begins:

It was a hard, R-rated Batman. What I pitched them was Travis Bickle meets The French Connection – a real guy running around fighting crime. No super-powers, no villains, just corruption. For the Batmobile, I had him taking a bus engine and sticking it in a black Lincoln. Real low-tech geek stuff.

Batman as The Punisher — ha!

I suppose if The Punisher can merge with Captain America… 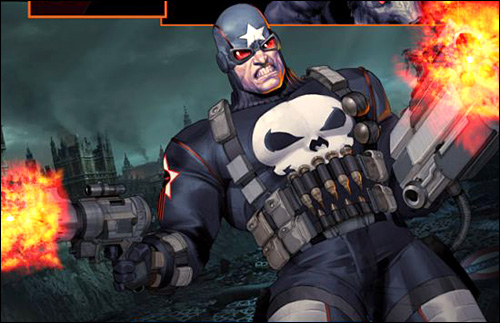 They're the Violent Femmes of punk!

No one at MSN thought to read the pun out loud?

Holy crap! Sign flippers earn up to $70 an hour and their movements are sent to the U.S. Patent and Trademark Office!

Two years ago, Jenks won Aarrow's annual nationwide competition pitting the best spinners against one another. His protege, who happens to be his brother-in-law, won last year. Jenks was barred from entering because of his status as a spinning god.

I smell a movie starring an R&B singer!