Modest Mouse and Wolf Parade. At Shoreline. On my birthday. Goodness… 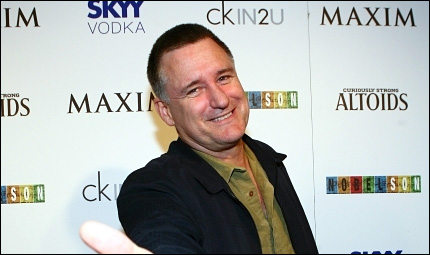 Now that the only original member of Evanescence remaining is Amy Lee, I'm positive that she is the female Axl Rose.

At a sports convention last Sunday in Edison, NJ, The Iron Shiek approached [The Ultimate] Warrior while he was signing autographs. Warrior demanded that Sheik leave, claiming that Sheik spoke negatively about him in the past.

The most amazing film cast of 2007, however, belongs to RoboDoc:
Jason Seaver, Bud Bundy, Parker Lewis and the sound effects guy from Police Academy — my childhood in a nutshell.