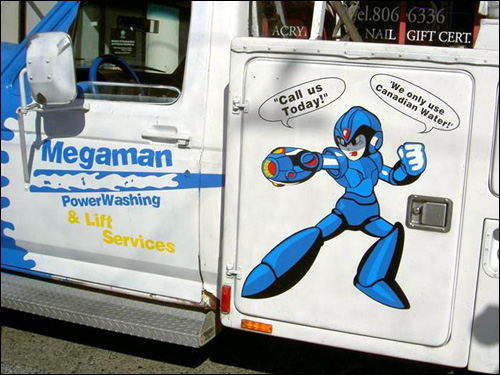 Apparently, I'm the last person in the world to learn that Canadians are bad tippers.

Korn singer Jonathan Davis and his wife Deven welcomed a new son into the world named Zeppelin Davis. The couple has an older son named Pirate, while Davis also has a son named Nathan from his previous marriage. [source]

"These are my kids: Zeppelin, Pirate and…Nathan."

"These are my step-brothers: Pirate and Zeppelin."

Nathan is totally the Scott Evil of the family.

• Worst rap lyrics in the history of rap
• Gas mask shower head
• The spooky Japanese girl is there for you.