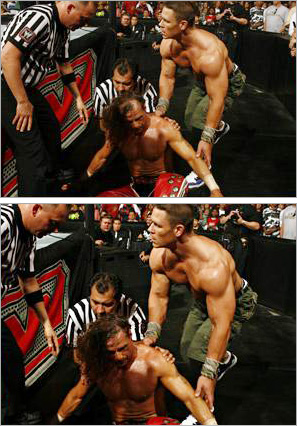 I need to stop impulsively ordering cioppino at Italian restaurants. It's never the transcendent seafood experience I envision.

The skin under my lower lip began stinging. I wondered if I was suddenly allergic to something I ate for lunch.

Later, in the restroom mirror, I noticed a cut under my lower lip. Then I noticed another one.

Apparently, while organizing business cards, I sliced my face up without realizing.

• Woman, son sentenced for faked retardation
• Not Yet Unbreathing
• Zack Snyder, David Fincher, Edgar Wright and more directors weigh in on what they'd do with final 'Harry Potter' flick