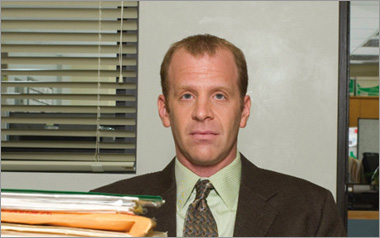 Before working at The Office, this man wrote for Clarissa Explains It All, Weird Science and The Naked Truth, three of my favourite sitcoms growing up.

My computer at work runs Windows Vista, which is so dysfunctional, I'm tempted to re-evaluate Windows ME.

My primary grievance is Microsoft's decision to eliminate menu bars. What was wrong with them? Word 2007 is nigh unusable.

I need to find me a college student.

What I learned today while trying to ship a package to Northern Ireland:

England is part of Great Britain.

Great Britain and Northern Ireland are part of the United Kingdom.

Not all rectangles are squares, but all squares are rectangles.

Previously on Adam Riff™:
"Modest Mouse and Wolf Parade. At Shoreline. On my birthday."

Apparently, Modest Mouse and Wolf Parade are only playing the Boston date of the Download Festival. Boooo…