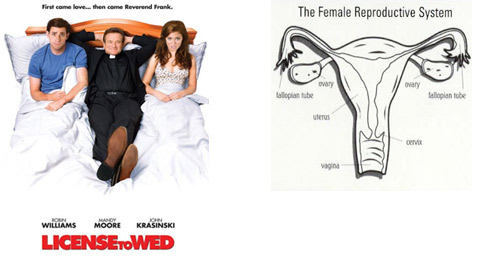 This is so distracting.

[Evan Almighty's] business was strongest in the South and Mid-West, average in the West Coast and Mountain regions, and softest in the East and Canada. [source]

Canada? Not down with God.

In time Ned shows up in Los Angeles, where he must compete for Nancy's attention with Corky (Josh Flitter), kid brother to one of the Mean Girls and perhaps the most annoying annoying-sidekick character in a movie since Robin Williams's last cartoon voice-over.

I pray that fellow fans never show me their Degrassi again.