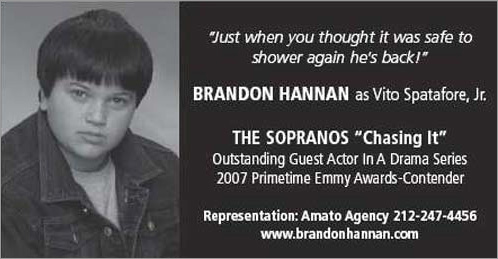 Does the Academy of Television Arts and Sciences give Emmys for participation?

I nominate "Stand By Me" for 'saddest song in the history of music.'

The instrumental belies the weariness in Ben E. King's voice.

Fall Out Boy will shoot a video for "I'm Like a Lawyer with the Way I'm Always Trying to Get You Off (Me and You)" next week in Uganda. [source]

What a terrible song title.

16.8 percent of Canadians aged 15 to 64 smoked marijuana or used another cannabis product in 2006, making Canada the leader of the industrialized world in cannabis consumption.

The world average is 3.8 percent.

Canada ranks fifth in the world for marijuana use, behind Ghana at 21.5 percent, Zambia, 17.7 percent, and Papua New Guinea and Micronesia with 29 percent each.

Can you locate any of the top four countries on a map?

As for America, we're above the influence.

Canada also has a high rate of usage for cocaine, at 2.3 percent of population, ranking it third behind Spain and England.

The amount of heroin that Canadians shout, however, is merely "average."

In other (related?) news: About 60 percent of Canadians today would fail a test similar to the one that immigrants take to become Canadian citizens. A decade ago, just 45 percent were unable to score a passing grade.