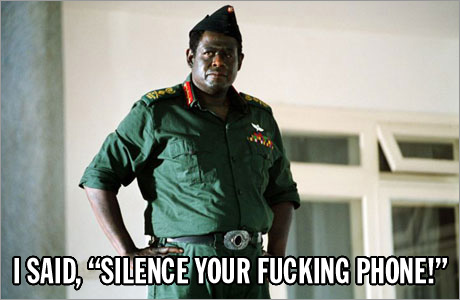 PAs on the set of Cloverfield assured gawkers that the destructed cars, piles of rubble and bloody extras were involved in "a commercial for Kraft cheese…. It's a commercial about what happens when you don't get enough cheese."

A Kraft spokesman tells Radar, "When you first described it, it sounded like it could be a campaign for our new Kraft singles*, but obviously it's not…. We are clearly going to investigate this further within our cheese division." [source]

Mattel is in talks with Hollywood partners to turn Magic 8 Ball into a theatrical release.

Hasbro is considering a film or TV show for its Ouija Board. [source]

What about a movie inspired by Kraft cheese?

• Open-Minded Brett Ratner Amused By Prankster Tranny Who Blew Him