Corey Feldman, Jamison Newlander and Corey Haim will reprise their roles as the Frog brothers and Sam Emerson in The Lost Boys 2.

My father sauntered into the kitchen singing "We Shall Overcome."

Farmers' Market is not a secret ingredient. Neither is Breakfast.

"I pair well with Bombay Sapphire!" 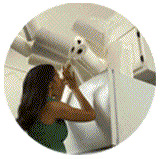 Since its premiere in January 2006, High School Musical has generated $500 million in sales of DVDs, soundtracks (it was the No. 1 album of any type for 2006) and other retail items. [source]

Half the profit of Pirates of the Caribbean: Dead Man's Chest, 1/54th the cost.