In advance of the 2008 Beijing Olympics (boo, registration!): 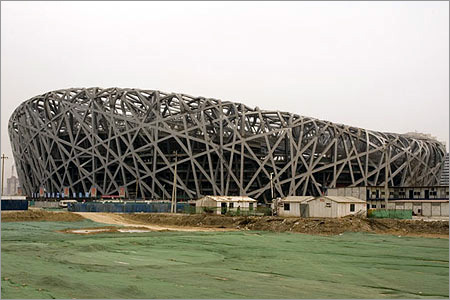 A tangle of twig-like steel, nicknamed the Bird's Nest, dwarfs everything around the 91,000-seat National Stadium. (Swiss architects) 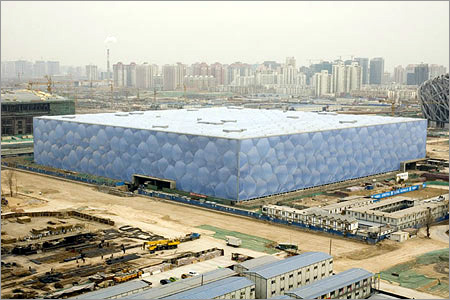 Next door is the National Aquatics Center, known as the Water Cube because it looks like a giant ice cube covered with bubbles. (Australian architects) 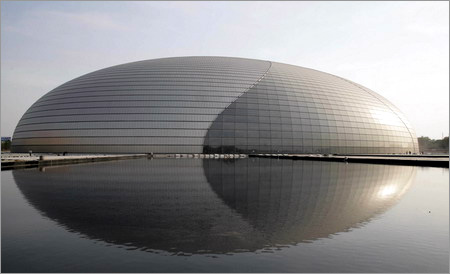 Visitors to the Egg, a performing arts center officially called the National Grand Theater, must pass under a giant moat. (French architect) 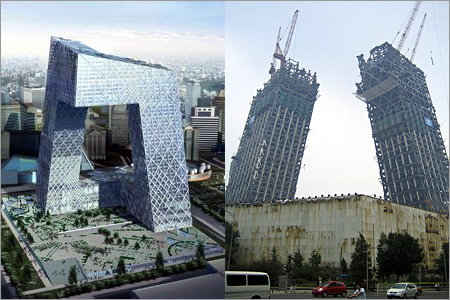 "Each floor plan will be completely different. The bathroom locations will be different on every floor." 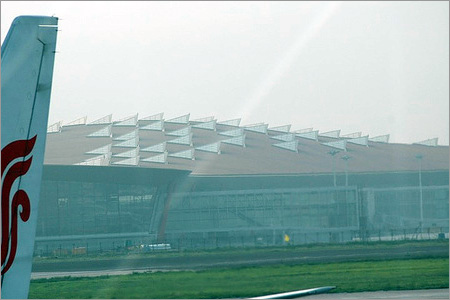 The nearly completed new international and domestic airport terminal was designed in the form of a dragon's scaly back. (British architect)

Beijing has become Vegas for Western architects. What you build in Beijing…

Apropos of nothing, the Asahi Beer Tower and Golden Turd in Asakusa:

If the Japanese won't erect a building shaped like Godzilla, perhaps the Chinese will.

• Did you read the article in this week's New Yorker about the disease that makes you chew off your lips and the tips of your fingers and gouge your eyes out and shred your nose off your face and pee crystals that tear out your urinary tract?
• Did His Parents Let Him Watch Silence of the Lambs or Something??
• Top 10 jokes of the Flavor Flav roast