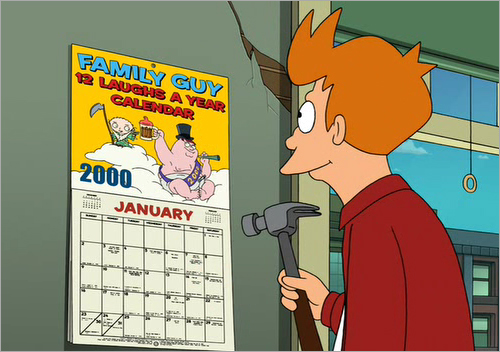 I picked my parents up at the airport. They flew in from China, which means they returned with twice as much luggage as they departed with. Why ship cheap goods back when you can just buy more luggage for cheap, right?

My parents could open a luggage store solely with what they've amassed visiting China.

In the car, my mother chatted with her girl friend, whom I was also chauffeuring.

"Drat. We forgot to buy Wiis."
"Ah yes. Cheap Wiis. We didn't have any opportunities to though."
"I should've asked my nephew to buy Wiis for us before we arrived."
"Next time… You know you can mod a Wii to play region-locked games?"
"Oh?"
"Yeah, Jeannie had hers modded for cheap in Shanghai, but she never uses it."

Our family is spending Thanksgiving with the Kangs. I like the Kangs, but their house is sooooo boring. A chess set, no television — it might as well be a model home.

In order to watch a DVD, you have to re-arrange the living room so a projection screen can lower from the ceiling.