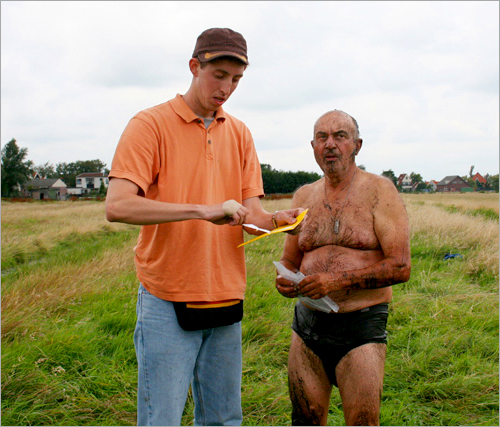 No, didn't "bang" the Asian chick — actually don't think much of her repeatedly stating how smart she was. And for reference, she is now "banging" Azaria.

[Ron and Christina's] relationship is utterly flawed. Ron's breakthrough was made for TV.

The sisters were horrible to be around. They were constantly lying, extremely unpleasant, and made friends with no one except their Spanish speaking "sister" Lorena. Everyone hated them, and it made me frustrated that my grandfather continued to talk to them. Similarly it frustrates me that he continues his friendship with Ron even after the race.

Kent (Kynt) was a goof. He was completely fake, I wondered if he was a person at all. He wouldn't talk to you, but the camera behind you. Always a show about how he is so different, how he likes different music, dresses differently…ugh.