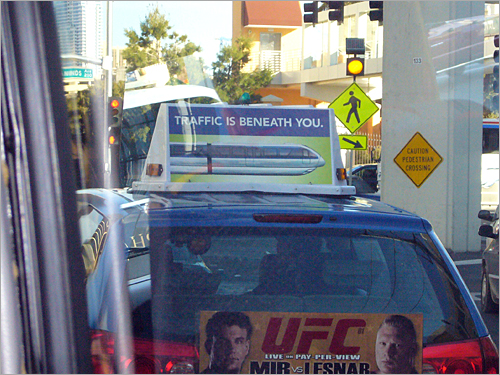 a cab promoting the monorail

My boss and I shared a room, and I discovered that he takes lengthy showers, even lengthier ones than Tushar.

Why would someone need 30 minutes to shower, unless he or she masturbates too, and even then… 30 MINUTES?

Of all the people I know, Jord takes the shortest showers. It's like he just runs through a car wash.

I dragged my boss to this restaurant Red Square… 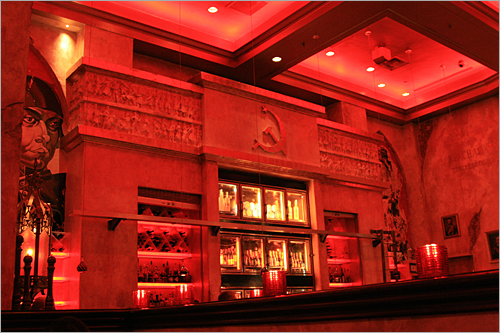 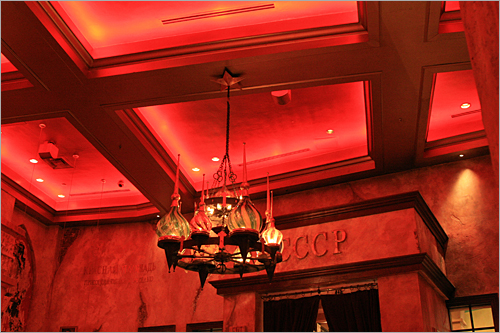 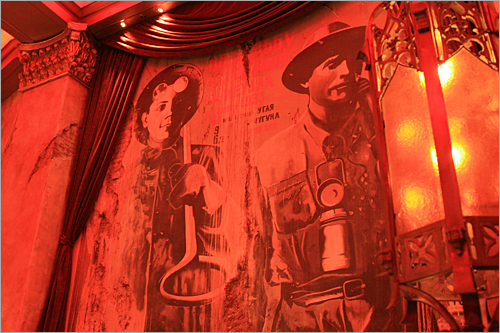 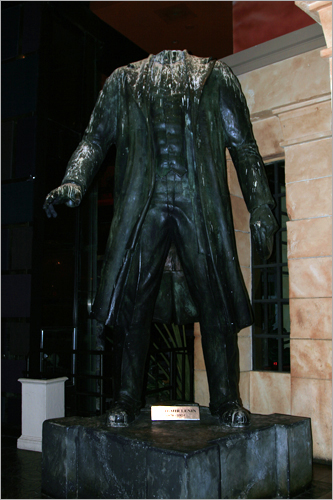 …so I could expense a pricey meal. I primarily wanted to try a dish I'd read about called "Siberian Nachos." 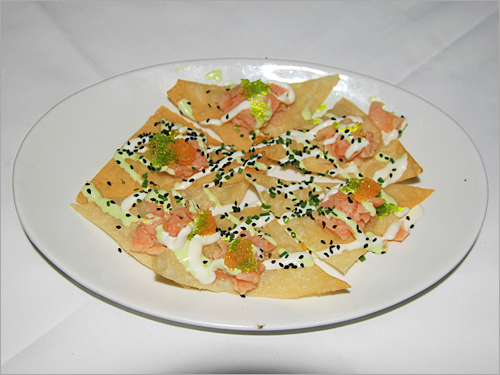 the nachos didn't look as impressive as what I'd pictured

My boss explained his "foolproof" roulette strategy to me: Bet red twice, bet black twice, alternate indefinitely and double your previous bet every time you lose.

He won $300 one night following his absurd strategy, and I was tempted to adopt it until he lost everything the following night.

He blamed the woman who spun the ball.

I wonder if the women who are paid just to dance amongst poker tables ever have mid-life crises.

Somehow, this truncated $20 bill ended up in my wallet, a bill that no one in Vegas would accept as legal tender.

I considered leaving the bill as part of our tip at Red Square, but didn't want to pay a dick move forward.

I'm surprised that enough stores exist to fill all the shopping malls in Vegas.

A banner outside a sports memorabilia store in Caesars Palace's Forum Shops read: "Meet Pete Rose Today." I encountered the same banner when I was in Vegas a fortnight earlier for CES. More desperate: the store or Pete Rose?

In the Forum Shops, I also stumbled upon the world's most expensive gelato. The smallest cup cost $7.75 plus tax.

Gelato is ostensibly not an eco-friendly dessert. Must it be served in durable
plastic cups?

While waiting to see Jerry Seinfeld at The Colosseum, I overheard a woman in line say: "I had never seen Seinfeld until three months ago. I've been catching up on DVD. I'm on season eight."