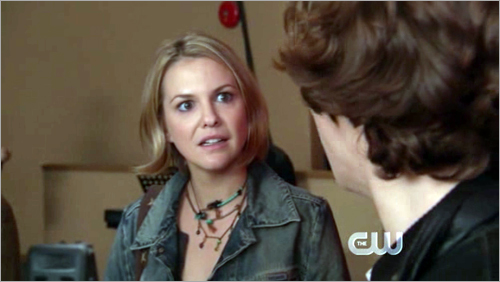 return of the mack

Larisa Oleynik re-surfaced this week on Aliens in America.

If I ever get the opportunity to salvage actors like Quentin Tarantino does, she's on my short list.

After J-Ram sent me real snuff footage of a man decapitating another man with a hunting knife — now he's begging for mercy! now he's gagging and bleeding! now he's dead and headless! — I'm not fazed by much.

I always cringe during Alex's re-programming in A Clockwork Orange, however. I can't handle contact lenses; claw-braces are like ten times worse.

I'd add to the list Bob Flanagan nailing his penis to a board in the documentary Sick, but I can probably find wilder and crazier genital mutilation on BME.

"It's Always Sunny in Philadelphia" masterminds Rob McElhenney, Charlie Day and Glenn Howerton will develop a new series for Fox.

"Boldly Going Nowhere" is a comedy about what happens day-to-day on an intergalactic spaceship helmed by a rogue captain. [source]

Fox throws America a bone after renewing 'Til Death and Back to You.

My review of Doomsday is up.