YOU ARE NOT ELIGIBLE FOR TRAFFIC SCHOOL. 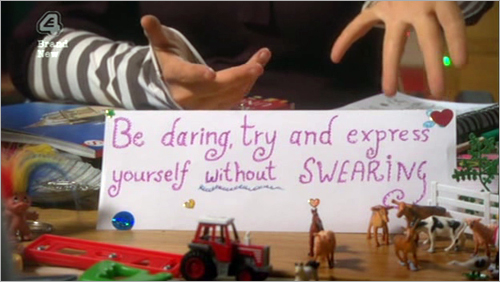 "Let's make him drive all the way up here and beg for traffic school to keep a cheap violation off his heretofore clean record!"

» I'm 25 and still don't know how to tie a tie. I've studied countless videos and illustrations on the Internet and remain utterly baffled.

Triple H told a story about meeting Ric Flair in a hotel. Flair was walking around wearing only a pair of dress shoes and socks and a balloon tied to his penis. [source]

When bowl cuts were fashionable in the 90s, my parents kept pushing me to get one, but I stuck to just shaving my head. Shaved heads may look like penises, but heads with bowl cuts actually resemble penises.

By the end of the year, Burger King will introduce Whopper Bars. The company initially considered labeling the concept Pimp Your Whopper. [source]

» Shakira should cover "Zombie" by The Cranberries.

» I sent a package to a Cyprian customer named Bianca Iordachioaiei.

How the heck do you pronounce that surname?

» Locked Up Abroad, or Midnight Express: The Series, resumes tonight on "Nat Geo" with a Mexico episode.

The true story of a British couple who were caught trafficking drugs from Costa Rica to Amsterdam during a stopover in Mexico City and sentenced to 10 years in a Mexican prison. [source]

A Thailand episode follows next Monday.

A young British woman, desperate to raise money for a flight home from Thailand, agrees to smuggle an addict's personal stash of heroin to Tokyo in exchange for 1000 pounds. [source] 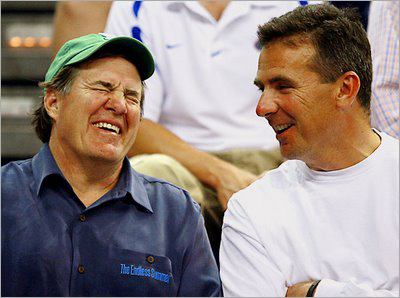 » "Hey, remember when your team choked in the Super Bowl?"

alternate caption: "Hey, remember when I lost to Lloyd Carr?"