I saw an ad for Maker Faire Bay Area 2008 in The Onion that listed a "life-sized mousetrap" as a featured attraction.

Why would you craft a life-sized mouse trap?

Is the bait a wheel of cheese? 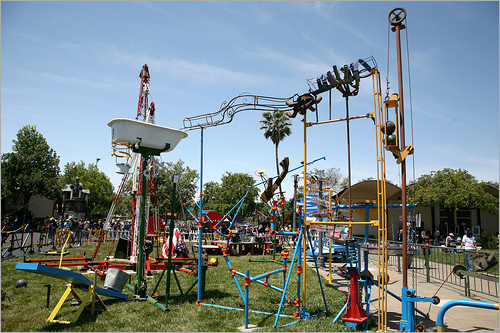 Where's the cage that actually traps the mouse though?

If only the Faire didn't conflict with SFIFF… I already spent $65 on non-refundable movie tickets.