Many of the documented attended the first screening. I caught the second screening. [sigh]

Your Name Here
"America's greatest science-fiction writer awakes to discover himself, like one his characters, trapped in an alternate reality…and then another…and another…and…"

To quote Dignan: "Like Southland Tales without the ambition."

To quote Steven: "I fell asleep."

Between screenings, I saw a crowd gathered in front of the red carpet set up in the theatre lobby. I investigated and saw the president of the theatre chain posing with The Rock Dwayne Johnson.

No, I did not give him a thumbs up.

Apparently, the president presented Dwayne with a star on the theatre's Lobby of Fame.

He joins Clifton Collins Jr., The Girls Next Door, and my favourite: 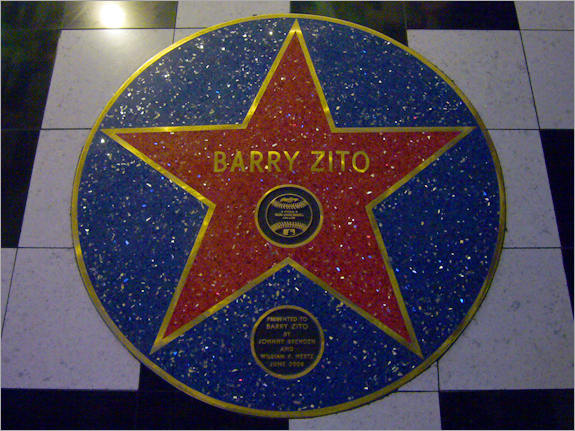 She Unfolds by Day
"Rolf Belgum spent four years weaving visuals of tiny creatures from his backyard, animated motions of his dog, and characteristics of the lives of wolves with the unpredictable nature of his mother."

More of a video and sound editing exercise than a film. Like The Limey without a plot.

I saw it mainly because I liked this still: 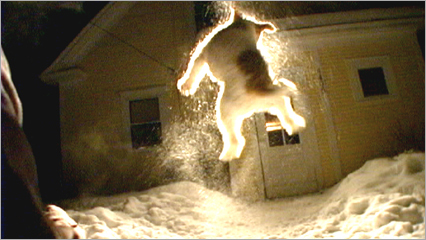 The End
"Nicola Collins explores the lives of her father and his friends — infamous criminals who shaped the East End of London after World War II into a violent underworld."

I wish its subjects divulged even more, but I understand why they wouldn't discuss, say, crimes they were never punished for.

Memorial Day
"Beginning as a rowdy beach weekend video, Memorial Day twists and turns to find the dark hearts of young Americans who live to tape their most debauched adventures."

Happy Birthday, Harris Malden
"Harris Malden fakes his facial hair, and as far as he's concerned, nobody can tell."

Like Lars and the Real Girl, only quirkier, less sentimental and with fake facial hair instead of a sex doll. 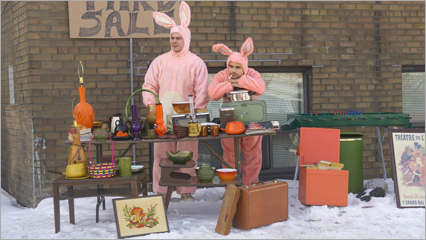 We're talking 30 or 35 minutes of good material. The film runs a bit longer than that. Carried by its charismatic leads, one of whom reminds me of Rob.

Before Hank and Mike, Maria Menounos introduced a comedy short she made with her husband about America winning the war on terror by opening Hooters restaurants in the Middle East.

Beautiful Losers
"Documents the lives of a loose-knit group of artists with no aspirations for acceptance who became harbingers of art and taste."

I'd never seen Barry McGee's "One More Thing" exhibit before, and I'm crushed that I missed it in person. 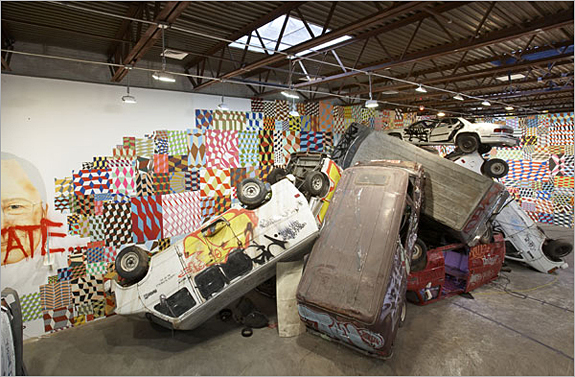 The van pile-up is sick.

Front-loaded and ground-maintaining, but worth seeing, if just for Zach Galifianakis: Dramatic Actor.

The Drake brothers said they shot at their family's house in Snoqualmie. Their family has a nice house.

During the climactic fight, I thought, "Wow, this is violent for pixels."

The Abomination later realizes the Hulk is missing, and rampages through the city of Reno, in Nevada, but is stopped by She-Hulk.

If Marvel made this movie in the 80s, Wallace Shawn would've played Samuel Sterns.