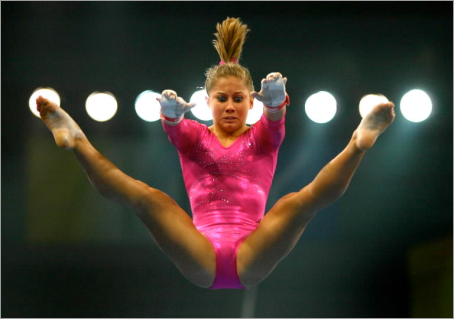 A Hungarian reporter told me that Cseh had spent two months deep down in the dumps after last year's world championships when he realised how unstoppable Phelps was and that all his work was targeted towards trying to be the next best. [source]

• Eight things you might not know about Michael Phelps
"He has been listening to Lil' Wayne this week before races."

If he was a country, Michael Phelps would (as of this writing) be fourth in the gold medal race, ahead of Australia, Japan, Russia, France and Great Britain.

China may lead the gold medal race, but the USA is dominating the bronze medal race. Double-digits, bitches!

For all you American folk, just imagine what it would be like living in a country where at this stage of the Olympics, you had won ZERO medals. Now imagine that this country is right next to a country that wins tons and tons of medals every year and whose sports media you are subjected to watching because of geographical proximity. [source]

Azerbaijan has four. Other countries with medals include Togo, Uzbekistan, Mongolia, Tunisia and Kyrgyzstan. [source]

Canada: the NJIT of the Beijing Olympics, the middle child of the world.

The CBC's coverage must be so depressing.