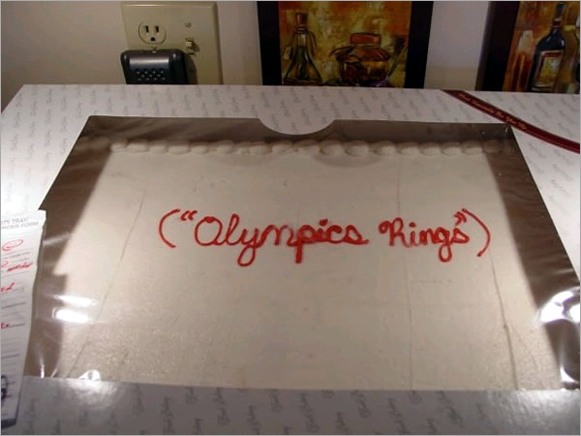 I hate how swimming and track split weeks. Swimming >>>>>>>> track. The two should alternate days over the fortnight.

• With Phelps' quest for gold over, NBC worries ratings will drop

Replace the $0 slots with "free small fries at McDonald's." Every medalist's a winner.

Only Michael Phelps is capable of adapting Watchmen to the screen in a form pleasing to Alan Moore. [source]

Will Phelps be a Gillette champion? He's a logical endorser.

I was watching some of the Olympics on television with some of my friends when they asked me if I knew that Mexico wasn't sending a team. I said that I didn't know that. "Yes everyone who can run, jump or swim is in the United States." [source]

In the booth before the men's 100m dash, Tom Hammond looked like Ursula.

Wendell Pierce ("The Wire") was woofing it up after every emphatic slam dunk by the Americans. [source]

1. Wendell Pierce is at the Olympics?
2. Bunk like teh dunks. 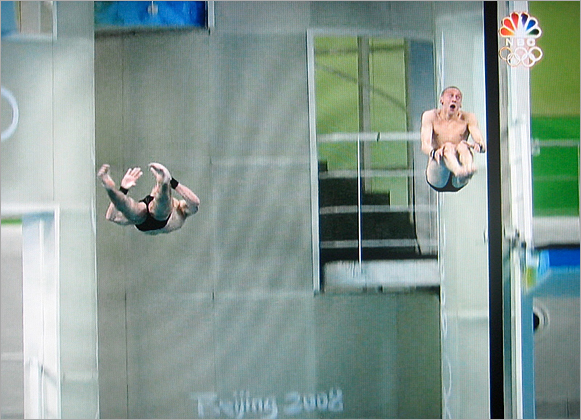 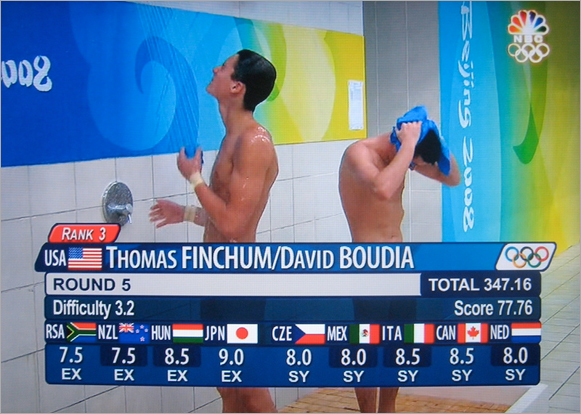