oh, inverted world
chutes too narrow
wincing the night away
know your onion!
fighting in a sack
phantom limb

I picked a good time to leave my iPod on a plane.

I returned to work today in a new office that my boss promised he'd set up while I was away. He didn't, departed on Saturday for a world tour and won't return until November.

I arrived at 9:00am and am writing this at 9:00pm while a Geek Squad "agent" tries to configure the office printer. My boss agreed to pay an extra $500 for emergency service. 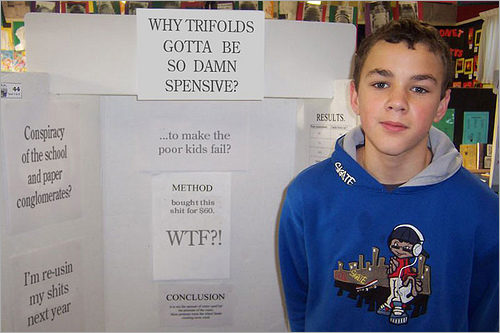 I almost reluctantly tipped a cab driver in Toronto before remembering that Canadians supposedly don't tip. "When in Rome," I thought. Then I began seeing lines for tips on restaurant bills. Way to guilt tourists.

Re: "Women traveling alone on buses between 9:00pm and 5:00am can get off the bus at locations between regular stops."

What about tired men who just want to arrive home as soon as possible? What about our safety? Emotional safety…

Agent Nguyen recommends that I update Parallels. It's 10:15. The printer still won't print 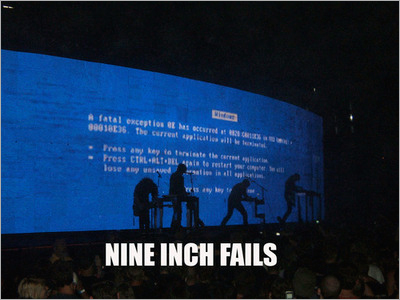 • "John McCain does not use a computer because he was a POW."
• "WWE has come up with an awful lot of stupid names in recent months, but this is unquestionably rock bottom. Dolph Ziggler. Jesus Christ."