I need to settle on a Halloween character soon.

I played with liquid latex to create a Two-Face look, but Rick Baker I'm not, and I don't want to half-ass Two-Face.

Chang with a Krang on my belly would be even more complicated.

Anton Chigurh is a possibility, but I'd need to craft a captive bolt pistol.

I fear Simple Jack may be too obscure. People will think I'm just an average retard.

For Two-Face, I planned to distribute Nerds.

For Simple Jack: M&M's. Again, I fear the reference m-m-may be too obscure.

The trick would obviously involve the cattle gun.

I have some liquid latex left over from my Two-Face session. 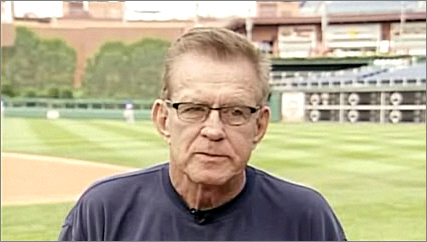 I could be Tim McCarver…

• Weirdest. Night. Ever.
• No idea what Dice-K is doing here, but hey, whatever works
• Terry Francona was hired as manager of the Phillies with Michael Jordan's endorsement (What?)