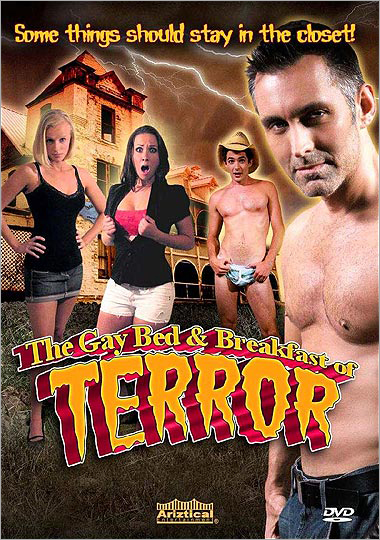 Gay comedy is the most wretched, lowest common denominator genre of film.

How 'bout a proposition banning gay comedies? I'll cover every square-centimetre of my lawn with "yes" signs!

Lyle Bennet: the most useless character on television?

I shouldn't say this, but someone should've shot him in a rowboat a long time ago.

The Unfinished Swan is a first-person game set in an entirely white world. Players splatter black paint to help them find their way through an unusual garden.

• 'I Would Make A Bad President,' Obama Says In Huge Campaign Blunder
• The Undecided Voter's Rhyme-Based Guide to the 2008 Presidential Election
• A whimsical electoral map
• Giada De Laurentiis In Desperate Need of a Thesaurus