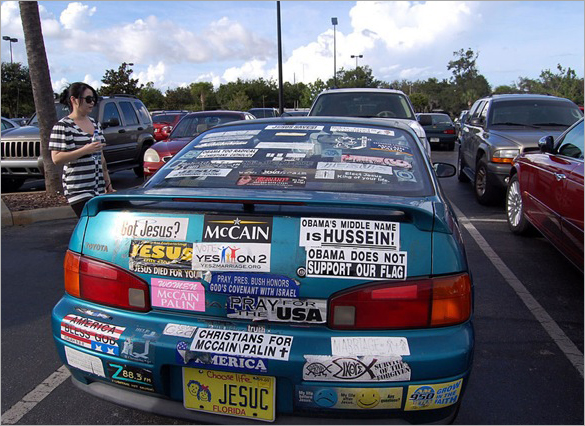 An e-mail sent to The Stranger from "Garret Lonegrin":

Ha ha ha, it was bad enough learning that "super-nigger" was elected prezzy, but you guys found out what kind of allies you had thanks to Prop 8, huh? All your little marxist jiggerboos come out to the pols to vote for Osama bin Nigger, and they ALSO voted down faggot weddings! Ha ha ha at least ONE thing went right election night, and you fucking queers are stuck with a whack-o coalition and some of the niggs want to KILL you.

Conservatism will be back. You'll see. And when it does and Sarah runs STRONG in 2012, we wil deal with both of you. Islam, faggots, terrorists, niggers- get a job, get a life, or GET IN THE OVENS!!!!!!

You want to fuck with Christians and GOD, motherfuckers??? Payback is a BITCH and it starts with your little pals the monkeys. Ha ha ha!!!!!

"You want to fuck with Christians and GOD, motherfuckers???"

• Fifty Years of Popular Songs Condensed Into Single Sentences
• An MP3 Tribute to Paris Hilton
• Why does this house have to be so aggressively awesome?