ESPN unveiled its "must-have" gifts for the holidays.

X Games bedding? For a teenager?

…while scores scroll in real-time on ESPN.

I heard a song on the radio and thought: "What is this shit?"

Hollywood Undead is a rapcore band from [Orange County,] California. The band performs in masks to maintain an air of mystery. 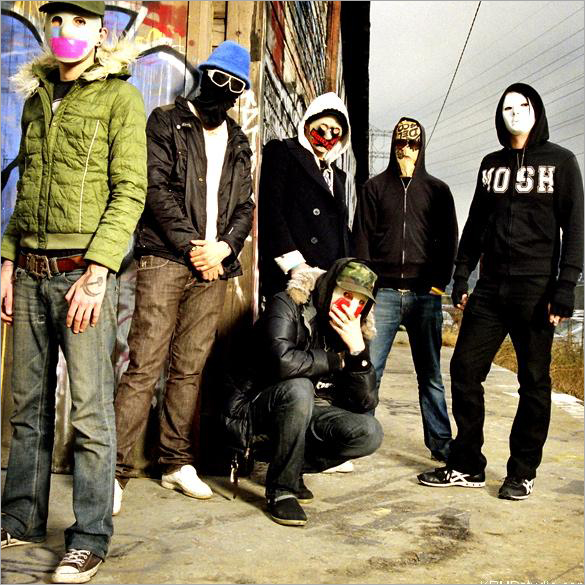 Is he wearing a Del Taco bag? Is that a hammer and sickle tattoo?

By 2006 they were said to be leading MySpace's top unsigned artists list with over 8 million plays. By November 2008 the band had over 440,000 friends. [source] 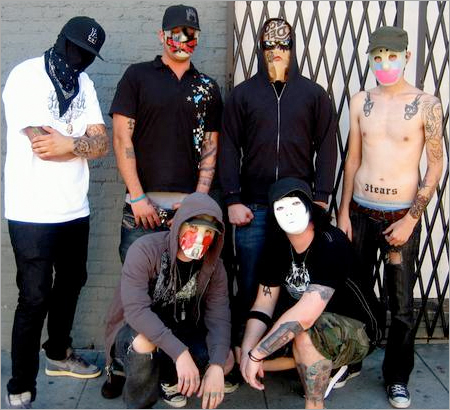 Well, who wouldn't want to be their friend?

I found six such friends:

He just assumes that Kareem's penis is formidable.

• 5 Bond Girls Who Died After Wearing A Bikini
• Cosmetic surgery addict injected cooking oil into her own face
• Ramen-Based Pizza Crust
• China to Japan: We can be weird too!
• The Lance Reddick Face