Week two (sweet sixteen) of the 2008 Dot Conference Tournament. In the first round, the last site in upset the number one overall seed. I probably shouldn't have scheduled the tournament to begin on Thanksgiving week, but it needs to end before New Year's Day.

This year's champion will receive an M1 Abrams Tank Fathead, a month's supply of Steaz Organic Sparkling Green Tea Root Beer, and $10 to start their own line, furnished by TRESemmé.

Lede of the year nominee:

Future space travelers may be drinking their own urine, thanks to the International Space Station's new water recycler, but they can now do so with a touch of class. [source]

I stumbled upon Good News Now on Yahoo! News.

It reminds me of the Gentle Television Network sketch on The Dana Carvey Show:

An Arrested Development movie will happen with or without holdout Michael Cera.

"I've moved on to bigger and better things!" 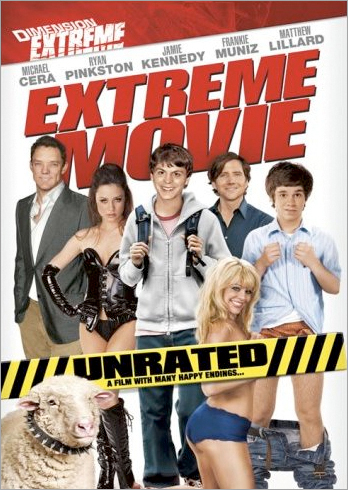 Meanwhile:
According to Steve Guttenberg, a new Police Academy script is being written and he, Tom Selleck and Ted Danson are looking to make Three Men and a Bride.

The late afternoon NFL game in my area was Chiefs at Raiders. How does this game sell out?

re: Apple's ads for iPhone apps

Finding a place to eat with a slot machine doesn't seem very practical.

I wonder if any Libertarians use Loopt.

Josh Heytvelt is so white trash. The schmohawk, the random tats…

Next season [of Sons of Anarchy] will probably be the forming of sides. Or Jax could hire a theatre troop to recreate John Teller's death. [source]