Previously on Adam Riff™:
Enough already. I feel like we've pushed bacon as far as it can go.

For the entire month of February, I, Michael J. Nelson will eat nothing but bacon. Nothing, my friends, but bacon. [source]

I spoke too soon.

• Blink-182 To Reunite At The Grammys

50 Cent is co-headlining day two of The Bamboozle Left with (The) Deftones.

Alas, Metro Station and Brokencyde play on day one, but Curtis will also share the stage with Shwayze.

50 Cent, Deftones and Shwayze – Who is the target audience?

The line between eclectic and self-sabotage is a thin one.

That Lollapalooza didn't re-surface until 03 doesn't surprise me.

I just recently learned that Metro Station is the older brothers of Miley Cyrus and the guy who plays Oliver on Hannah Montana.

I once caught a band featuring the younger brothers of Incubus' Brandon and Mike in the same roles (singer, guitarist). They were like a generic incarnation of Incubus, or Incubus now.

Sometimes while driving at night, I'll blast house music and blink repeatedly to simulate a rave – a rave on wheels!

Does anyone use iTunes' star ratings? If I don't like a song, I delete it from my library. 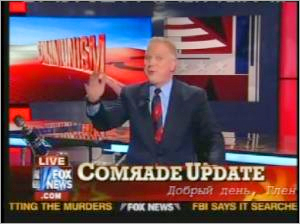