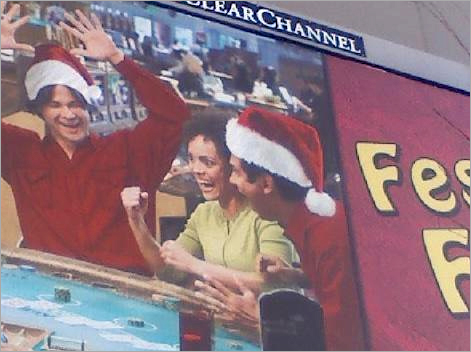 While buying tickets for Watchmen, I discovered that a number of cinemas in my area scheduled midnight screenings of Madea Goes to Jail.

I was tempted to attend one just to see what kind of people would attend a midnight screening of Madea Goes to Jail on opening day.

Everyone's gonna be Rorschach for Halloween, aren't they?

The sixth season on Top Chef will reportedly be taped in Las Vegas. If so, I expect a buffet challenge and Wolfgang Puck as a guest judge.

Joël Robuchon is a pipe dream.

"Coach" on Survivor is Frank Mackey (Magnolia) with a touch of unborn Shawn Michaels.

Did you know that Jerry "The King" Lawler organized a summer Caribbean cruise?

And much more… [source]

I'm tempted to burn vacation days just to see what kind of people would go on a Jerry Lawler-themed cruise.

• Hannity produces Armageddon like video presentation of the Stimulus bill: Socialism you can believe in. The new America
• Greg Rutter's Definitive List of The 99 Things You Should Have Already Experienced On The Internet Unless You're a Loser or Old or Something