I intended to lead with a Nickelodeon Fists' Choice Awards photoshop but couldn't justify the time and effort for a Chris Brown/Rihanna joke.

"I'm sorry, Ms. Santos, but you cannot claim an aborted fetus as a dependent."

I began watching Being Human.

On paper, the show sounds ridiculous — a vampire, a werewolf and a ghost are housemates! — but I've dug what I've seen. It's a welcome alternative to the excruciating shit parade that Heroes has become.

I hear Ali Larter may be playing yet another character in the coming weeks. Oy…

Would you rather be a telemarketer or play a character on Heroes?

This text will be replaced

If I was the actor in the video, I would've felt so awkward.

During the last 20 seconds of the Big Sky championship game, the Dee Events Center music programmer played Rednex's "Cotton-Eyed Joe," Marilyn Manson's "The Beautiful People" and Yello's "Oh Yeah," or the most baffling set of $100,000 Pyramid clues ever. 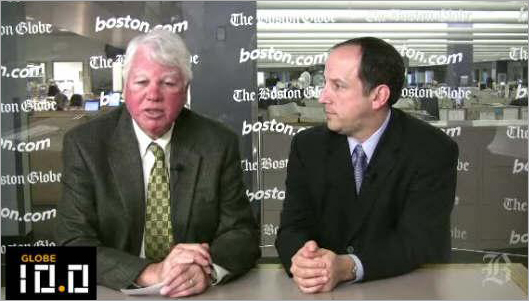 Somewhere in Bob Ryan's attic is a painting of an extraordinarily beautiful man.