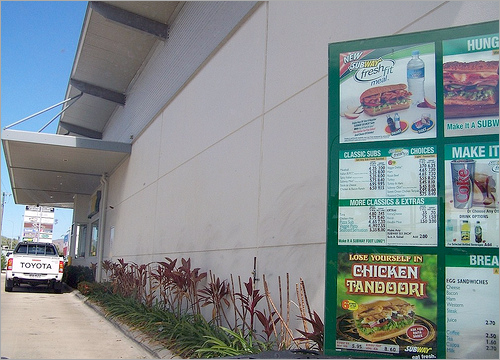 Maybe it's the camera lens, but that Subway looks humongous. 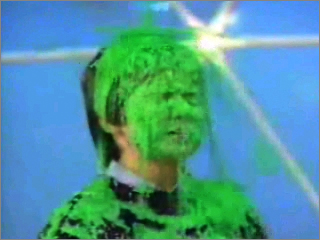 How could Subway fail while succeeding in neighbouring countries and…the Northern Mariana Islands?

While killing time at 7-Eleven, I saw these: 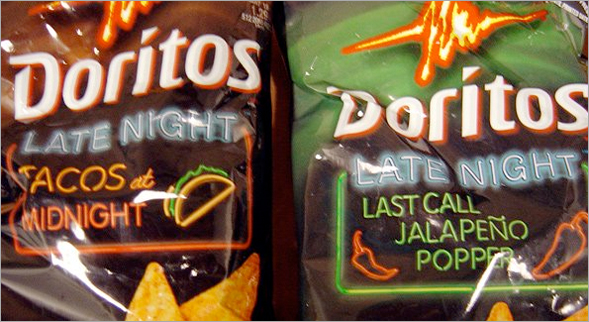 I like the idea of Doritos After Dark, especially when they homonymously taste like vaginas and spicy alkyl nitrites, but Lay's suit late night better.

• Rubber Band in the Burrito