The front page of the entertainment section of Sunday's World Journal: 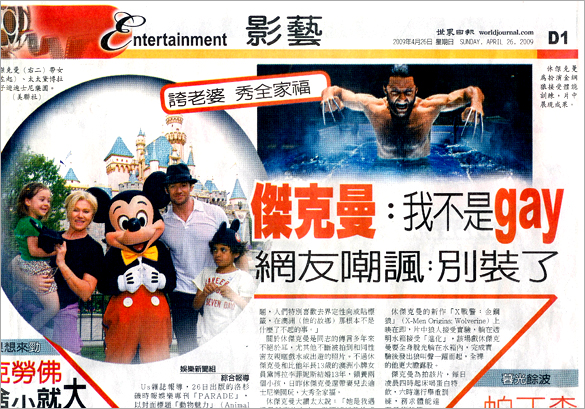 "Hugh Jackman: I am not gay"

While re-reading an old issue of Entertainment Weekly, I learned that Steve Martin was originally slated to play the more sedate "husband" Albert in The Birdcage and Robin Williams would have been the "wife."

Robin Williams plays Lance, a hapless aspiring writer/high school poetry teacher with a rude idiot loser son (Kyle) who accidentally dies while auto-erotically asphyxiating himself. Before calling 911, Lance hangs Kyle upright and earnestly crafts a suicide note to spare his son ignominy. When the paper at Lance's school publishes the note, however, it impacts students and faculty mightily, and he capitalizes.

In the same March 15, 1996 issue of Entertainment Weekly, Nicolas Cage discusses his tough thug role in Kiss of Death: 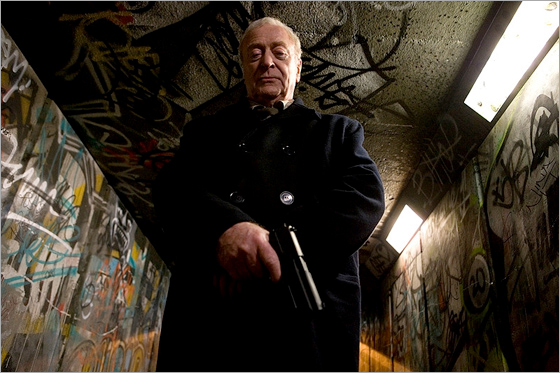 Michael Caine plays a vigilante in his latest film, while Nicolas Cage plays a sorcerer.

Shouldn't it be the other way around?

Better Idea: A remake of Vampire's Kiss set it in the world of Gossip Girl.

The CW plans to add an update of Melrose Place and a Gossip Girl spin-off next season.