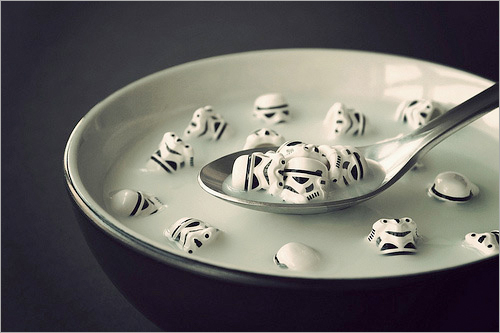 Why is Star Wars on MTV? I think this is an MTV Movie Awards parodies special. I've never seen this one. How did MTV get Ian McDiarmid to participate?

Boy, this is a long, terrible parody… Anakin can't land a spacecraft – hi-larious!

It seems like every neighbourhood in Seattle is a trendy one.

If Austin is the most tattooed city in the country, then Seattle can't be far behind.

The slogan for Washington's Lottery is "Whose World Could You Change?" Playing the lottery, however, is not a philanthropic endeavor. People who play the lottery are not celebrities.

"Whose world could you begrudgingly endow?"

If the slogan refers to the funds that the lottery collects, then…way to guilt people into gambling.

"For as little as $5 a month, you can help make a difference in the lives of children in need."

Maybe it was the holiday weekend or Sasquatch!, but for the largest film festival in America, SIFF was poorly attended.

After roping them into seeing Spun, The Backyard and Bronson, I'll be shocked if Chris and Mike ever see another film with me.

Chris remarked that Bronson "has no soul."

"This fish market…has no sole."

The best film I saw was Paper Heart, a cute investigative mockumentary by Michael Cera's Asian girlfriend. They faux fall in love on camera!

According to the end credits, Rivers Cuomo wrote a song which Michael Cera plays or sings.

As SIFF is three weeks long, I will miss a short about an elderly dancer who covers his home in penis wallpaper and an adaptation of Kurt Vonnegut's "Harrison Bergeron."

1. Fries should never be sweet. Or thick-cut for that matter. Steak fries just taste like carbs.

2. Fry toppings should not overwhelm the fries. 1:2 ratio max. This is not acceptable poutine: 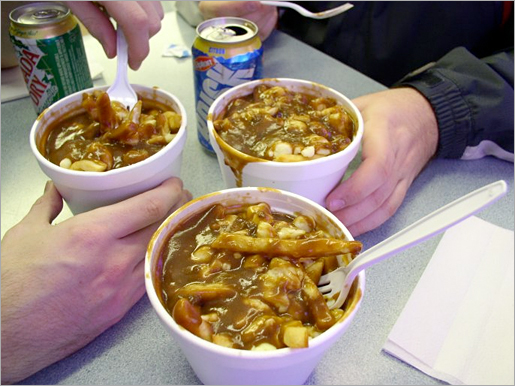 3. Fish and chips is too much fried food at once. Would you eat pasta in a bread bowl? At worst, it should be fish and crisps.

4. Japanese restaurants: Replace the vegetables with another shrimp tempura or two. No one willingly eats vegetable tempura.