Scribblenauts is a puzzle-platformer for Nintendo DS in which you solve puzzles by conjuring anything E10+ in writing.

I wrote night vision goggles. A pair appeared in the air above my character. When I slipped them on his head the screen turned green.

It is reportedly one person's job at developer 5th Cell to go through a dictionary adding items to the game.

"Unicycle." That worked. "Beer." Too adult. "Root Beer." Success. "Stress" was too abstract. The name of the producer's daughter rendered a little girl. "Rapper" made a rapper. [source]

Valid entries confirmed at E3 include: 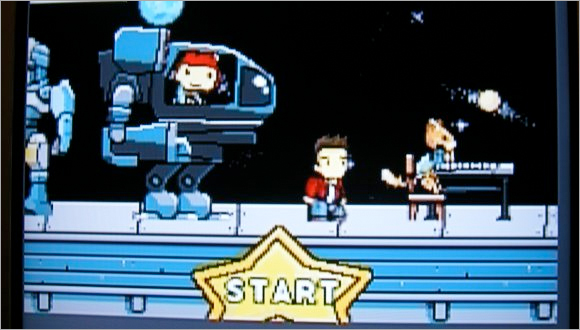