Reach for the stars.

Stephan Jenkins of Third Eye Blind was valedictorian of UC Berkeley's class of 1987.

Dexter Holland of The Offspring earned a master's in Molecular Biology at USC and was a Ph.D candidate.

Dolph Lundgren holds a master's in Chemical Engineering and was awarded a Fulbright scholarship to MIT.

Greg Graffin earned a Ph.D in Zoology at Cornell, but he teaches part-time at UCLA.

Of course, this time next year, she may no longer be a cast member on Chuck.

The Tonight Show booked some interesting guest pairings for next week.

Scribblenauts so enraptured me last week that I forgot to profess my love for Lemmy the Kill Master in Brutal Legend. 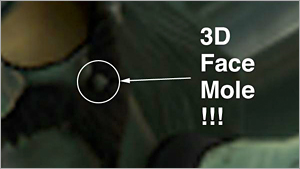 My counselour at science camp in sixth grade was Tim Schafer's brother, which thrilled Jon the then Day of the Tentacle fanatic.

I caught a bit of Bad Boys II on Sleuth and boy, Jordi Mollà really chews the scenery. He also enunciates the same odd way that fellow ESL Spaniard Javier Bardem does.

For Bad Boys II, Michael Bay realized my idea for a car chase in which a car carrier unloads cars during the chase.

I feel like the same Triple Crown chase happens every year – win two, lose the Belmont. Horse racing is a huge cock tease.