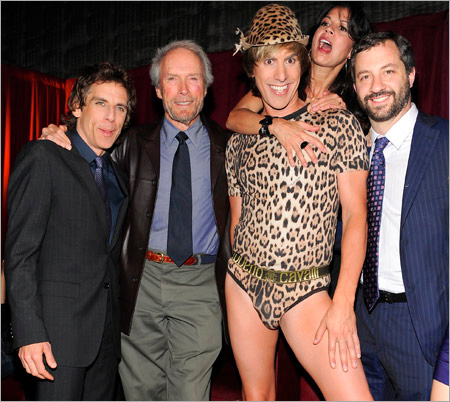 While preparing next week's playlist, I encountered this:

Investigation reveals that other season five challenges include: Who can smoke more weed?, Who is the better Jew? and… Who can keep a dump in their pants the longest?

The accompanying humiliations are even more deranged:

Spenny ate a cracker with a friend's pubic hair shaved onto it.

Kenny played with his penis in front of his mother.

Spenny was put naked into [a] ring and The Iron Sheik attempted to sodomize him with a beer bottle.

The Big Ten Network is now on Hulu. Of all the programs in the conference, cameras followed Illinois football and Minnesota basketball?

This is how closely I follow baseball: I thought Nomar still played for the Dodgers. "Wait, the A's are at Fenway?"