G.I. Joe: The Rise of Cobra

The chase in Paris is the most entertaining action sequence I've seen all summer. In fact…

The chase in Paris in G.I. Joe: The Rise of Cobra

What other Hasbro properties are hidden in Egypt? Cabbage Patch Kids? My Little Pony?

Cobra Commander's mask was redesigned as the filmmakers found the 1985 version too similar to Ku Klux Klan masks. [source] 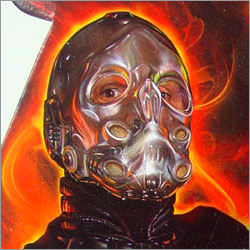 Step Up, Stop-Loss, Fighting — Channing Tatum's previous film titles all led up to this.

Marlon Wayans was cast as Ripcord after his performance in Requiem for a Dream. [source]

The tracking beacon in the weapons case deserved top billing.