UCLA and Rutgers were in negotiations to play in the 2010 season opener at Giants Stadium, but the deal crumbled when Kansas State decided to remain on the Bruins' 2010 schedule.

UCLA officials are exploring moving another game to the season opener for a national broadcast, possibly Texas. [source]

I want to see a WrestleMania at Cowboys Stadium with that absurd 11,520 square foot jumbotron overhanging the ring.

Last year around this time, I wondered which one of my football teams would soon torment me more: the Bruins or the Bears.

Well, the Bruins opened their season with four consecutive interceptions and the Bears almost qualified for the playoffs.

Q: Which one of my teams will torment me more this season: the Bruins or the Bears?

A: The "young" Bruins. No debate this time.

If nothing else, the Bears have THIS GUY: 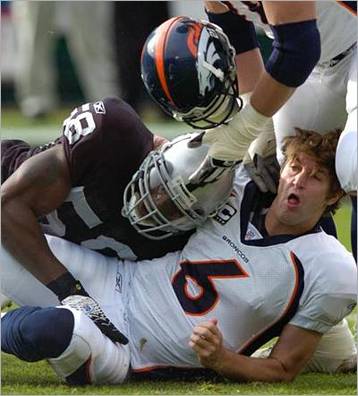 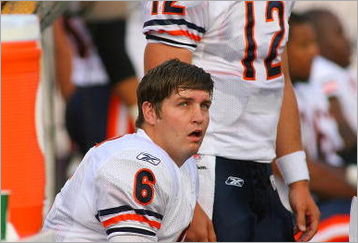 Did you know that Rick Bayless is Skip Bayless' brother?

Bears at Broncos in nine days.

I wonder if Fox will protect Eagles at Falcons from being flexed by NBC.

I previously noted that if the Yanks and Phils meet in the World Series, game four will be played on the same day as Giants vs. Eagles – both in Philadelphia, back-to-back on Fox.

Fox will also telecast Vikings at Packers that day in the early afternoon slot.

For some reason, my local Cantonese television newscast covered the NCAA's sanctions against Memphis, video package and all.

In addition to following my beloved Bruins, I've decided to adopt an SEC team. As I've fallen in love this year with the state of Louisiana, I choose you, LSU!

Bruins and Tigers and Bears…

[The] Bird's Eye Bull's Eye mini-game puts your Mii in a chicken suit and requires serious arm-flapping. It's exhausting.

• Wii Fit Plus: Feeling The Burn