LAST week, if you wanted to use the latest slang to tell a friend he was cool, you could have called him "Obama," as in: "Dude, you're rocking the new Pre phone? You are so Obama." [source]

No one says this, New York Times.

I don't ever need to hear "Use Somebody" by Kings of Leon again. I'm good.

"Boulevard of Broken Dreams"
"Hey Ya!"
"Smells Like Teen Spirit"

A $75 seat at Cowboys Stadium: 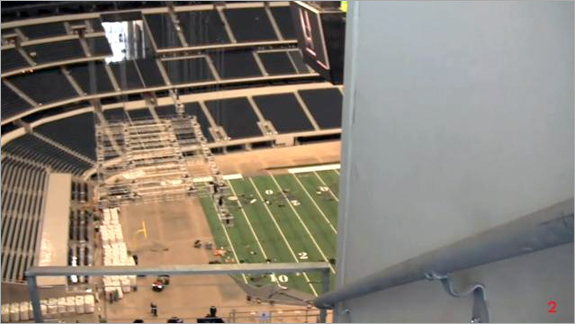 Imagine seeing a movie in the 70s, with afros and no stadium seating.

If Michael Jackson's homicide was the movie A Perfect Getaway, we'd soon learn that he actually committed suicide.

He must not be a very good driver if his main sponsor induces erections.