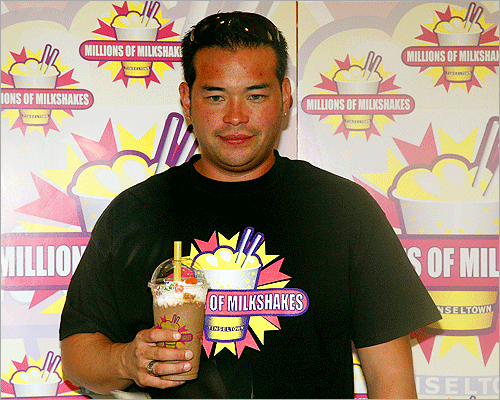 Drew: I would watch a show starring Jon and eight milkshakes.

Jon and Shake Plus 8 More.
Ace of Shakes.
Shake Boss.

Showtime and the BBC are partnering on a comedy series starring former Friends star Matt LeBlanc.

Episodes follows a British couple whose hit show is turned into a dumb American sitcom when the format rights get sold in the U.S. LeBlanc will play himself as an actor on the dumbed-down show. [source]

LeBlanc will be the fourth Friends cast member to later star in an "inside Hollywood" television series.

The Comeback, Studio 60 on the Sunset Strip and Dirt all failed.

• Things Will Never Be The Same
• Deion Sanders lived with MC Hammer in Fremont when he was a 49er?